Greek islands: The story behind the names 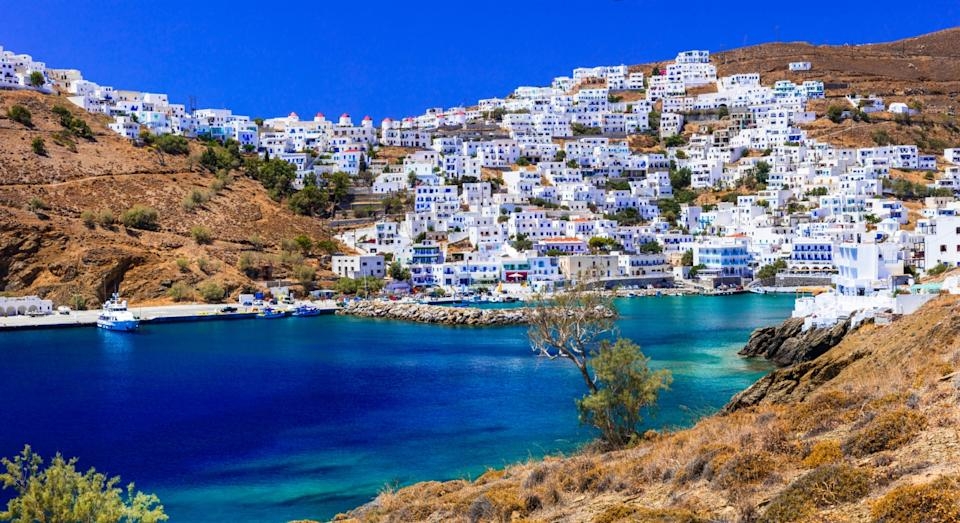 Greece is known for its vast number of islands, each one with its own beauty. Though extremely popular for summer vacation, they are also an integral part of Greek history and culture. Even their names are not randomly selected but have their own unique story.

Here is a quick history lesson regarding the names’ origin of the most popular Greek islands.

The most popular Greek island was named after the hero Mykono, a descendant of the king of Delos. The locals refer to Mykonos as ‘the island of the winds’ due to the strong winds that blow all year round.

To fully enjoy your holiday vacation yet be totally protected from the summer winds, stay at Melia, a luxury villa for up to 8 guests. 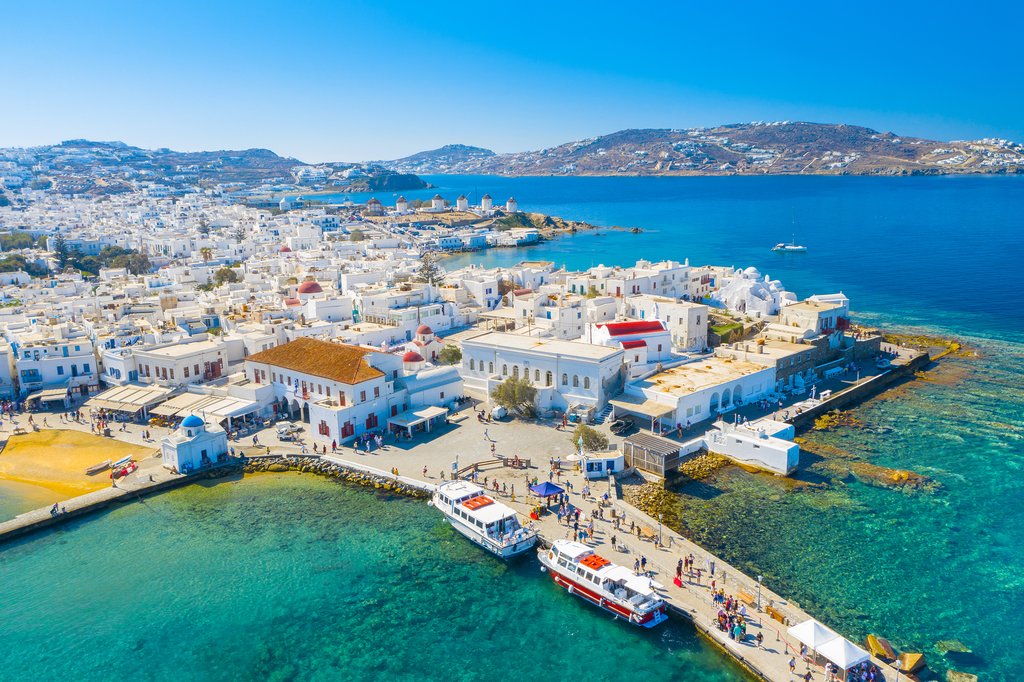 Known for its beautiful sunset and the volcano, Santorini got its name from the Venetians in the 13th century after an old cathedral of Saint Irene. The ancient Greeks called it ‘Strogili’ which means ‘round’ due to its shape before the volcano eruption. Nowadays, you can also hear it as ‘Thera’, a name derived from mythology.

TC villa offers the best volcano and caldera view on the island, plus an ample alfresco area to host a private party. 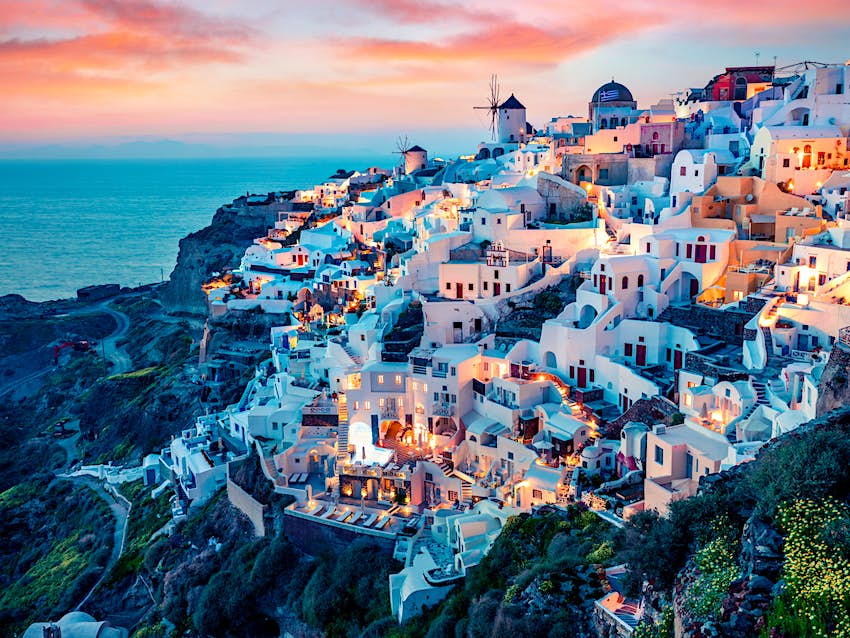 Crete is the largest Greek island and its name means exactly that! The Greek word ‘krateos’ means strong and since antiquity, Crete has been one of the strongest cities with rich history and culture.

Your stay in Crete must be as spectacular as the island itself. That’s why we recommend Presidential Spa, a luxury villa of cutting-edge amenities for a memorable vacation. 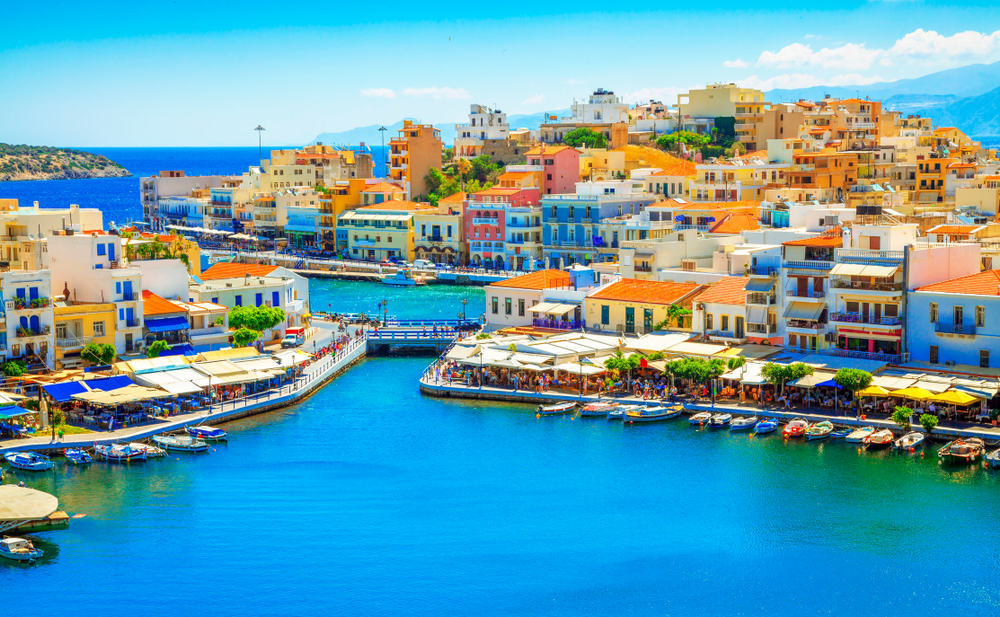 Paros is also a popular summer destination, especially for island hoppers as it stands almost at the center of the Cyclades. It is said that received its name from Parus, a son of the Arcadian Parrhasius that inhabited the island.

If you love island hopping as much as we do, then Serenade is the one for you, located near Naoussa Town. 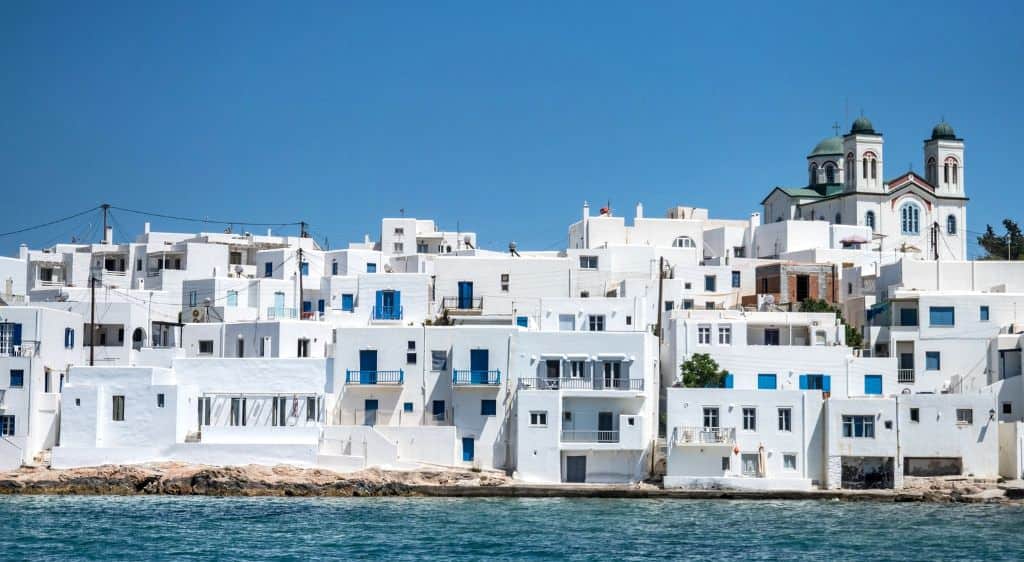 The island's ancient name was ‘Oliaros’, probably of Phoenician origin meaning ‘wooded mountain’. Later, it was named Antiparos because is within a close distance from Paros.

Dandelion is a luxury 5-bedroom villa with a mesmerizing view of the Aegean Sea and Paros island. 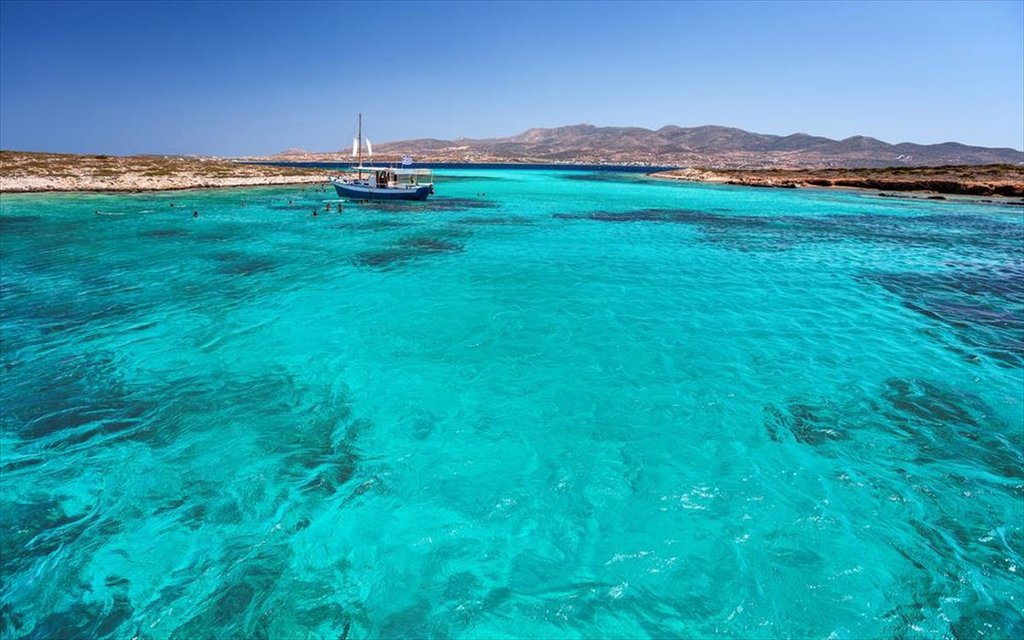 The largest island of the Cyclades has 2 stories around its name origin. The first one claims that was named after ‘Naxus’ the leader of the first colony that inhabited the island. According to the second one, its name derives from the Greek word ‘naxe’ that means ‘sacrifice’ due to the sacrifices made in antiquity in honor of Dionysus.

To explore the picturesque Naxos town and the ancient Portara monument, stay at Palatia an elegant villa ideal for a couple. 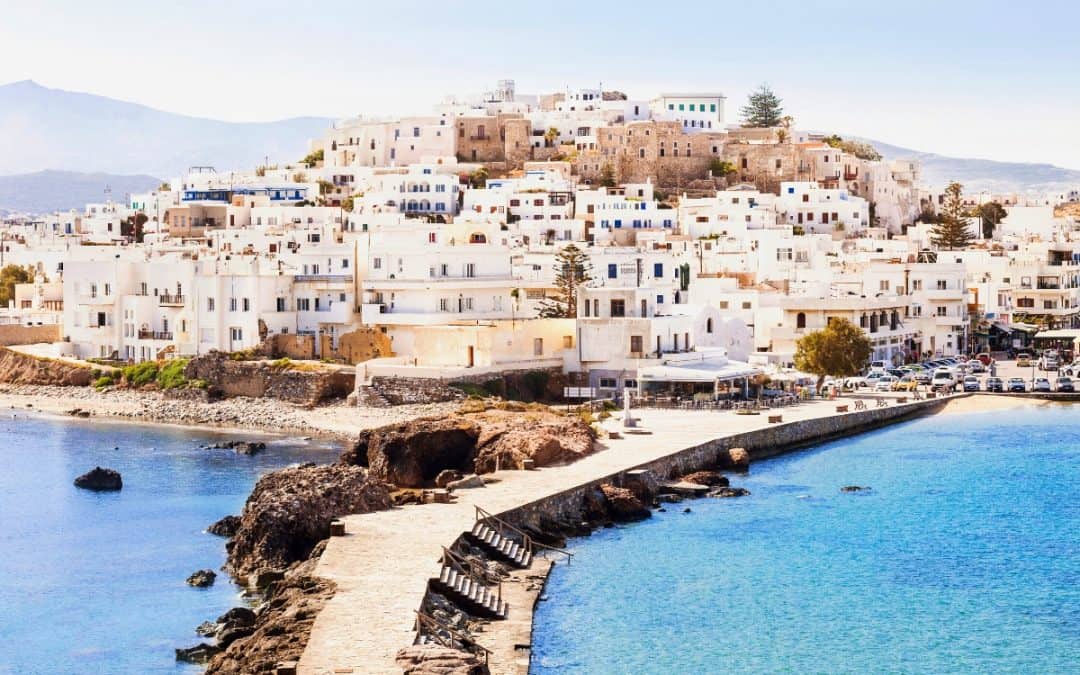 Zante or Zakynthos got its name from the son of a Trojan prince of the same name. When the Trojan war ended Zakynthos got away and ended up on the island that gave its name to.

Zante is known for its sapphire waters, so make sure to book the seaside villa Cyana to fully enjoy your vacation. 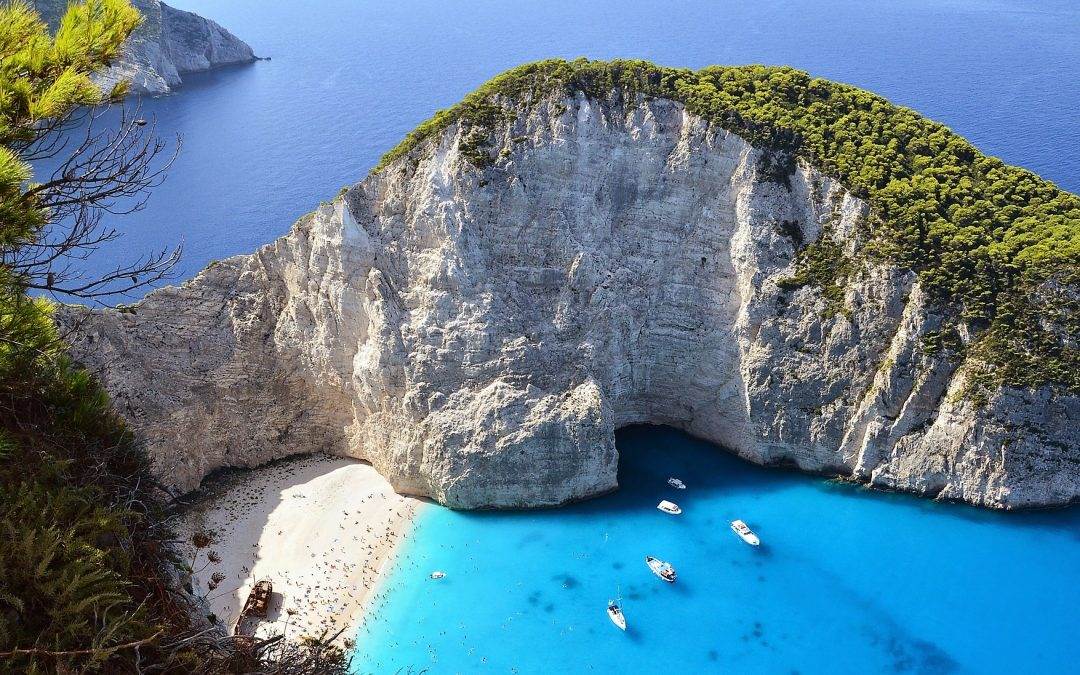 Paxoi derives from the word ‘passion’ and has a romantic story linked to it. According to the myth, Poseidon fell in love with the nymph Amphitrite, who asked him to give her a piece of land for her own. So, the god used his trident to cut a part of Corfu, moved it a little bit to the south, and gave it as a gift to his betrothed.

Live your own romantic story in Guava, an astonishing property for up to 6 guests.

The name of Lefkada comes from Homer and derives from the Greek word ‘lefkas’ that means ‘white’ as according to the legend the land was pure white.

A trip to Lefkada is not complete without a luxury stay. Our suggestion is Saffron, a 2-bedroom property close to the cosmopolitan Nydri town. 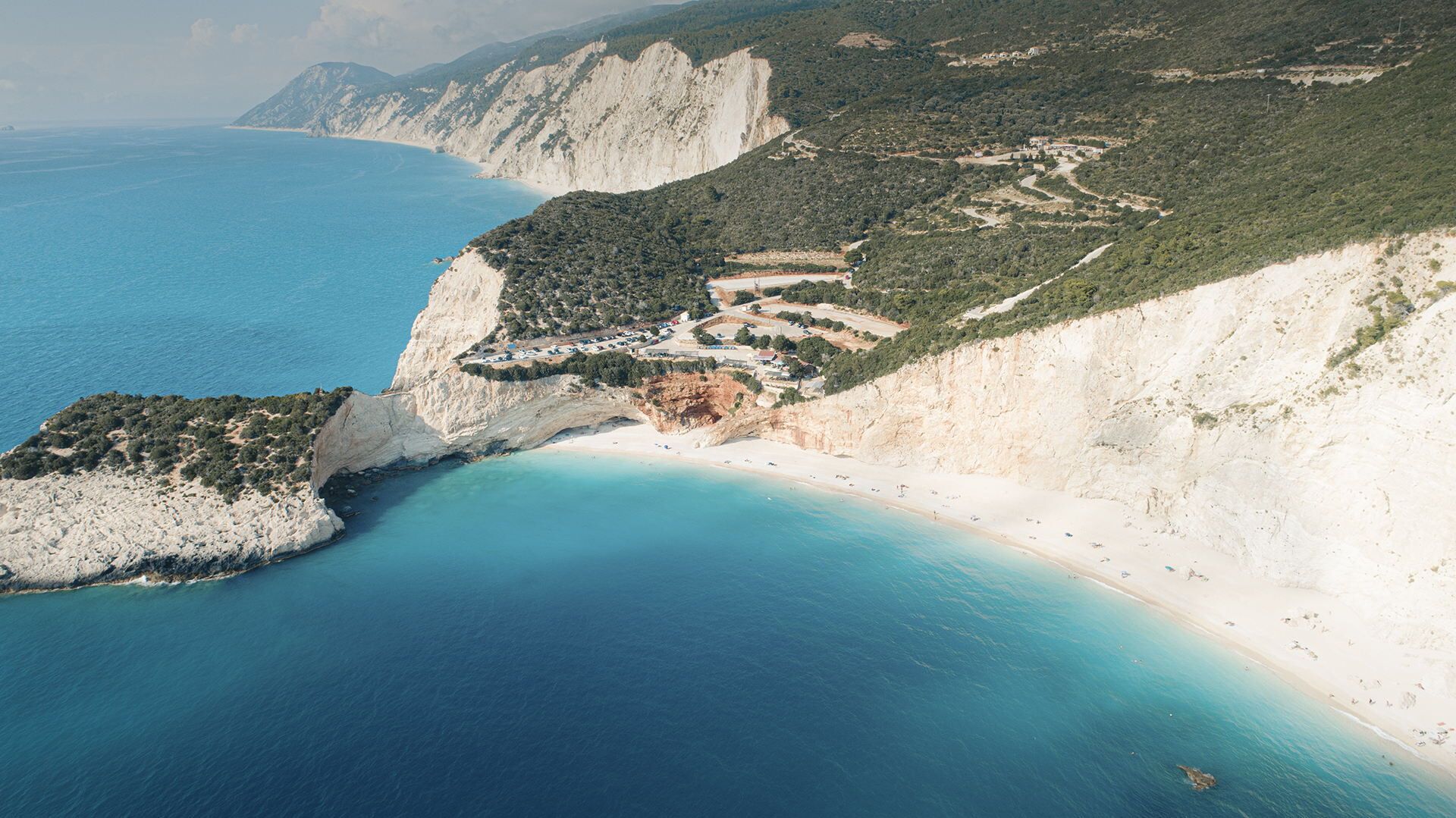 Corfu is the Italian version of the Byzantine word ‘Korypho’ meaning ‘city of the peaks’ due to the large twin peaks that were on the island’s Old Fortress.

Queen Arete is close to Corfu Old Town where you can fully explore the city and its monuments. 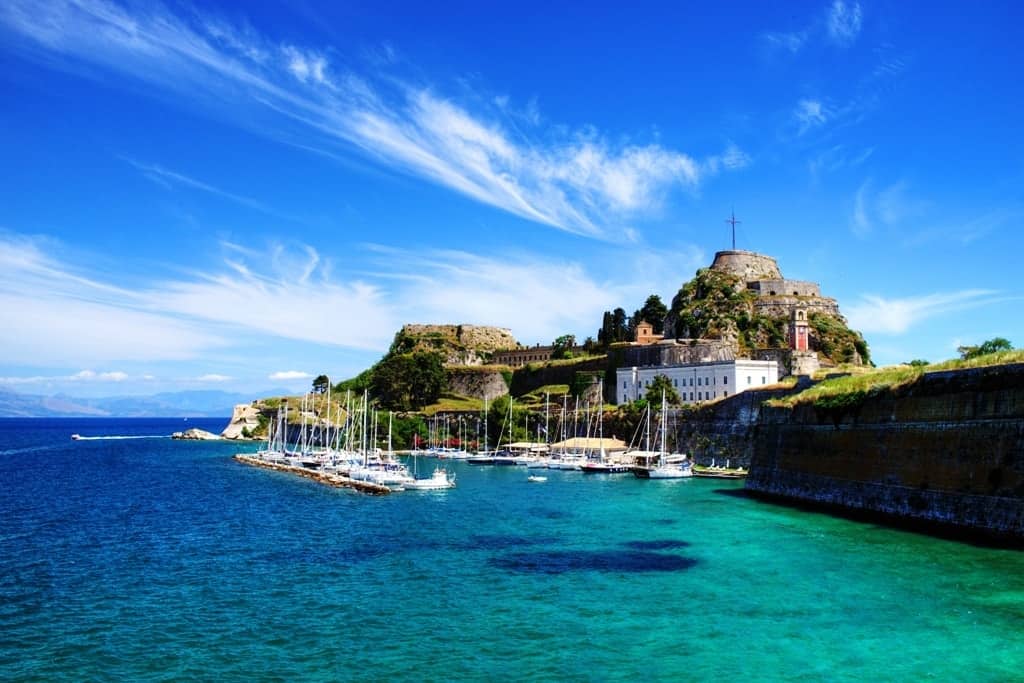 Browse our full luxury collection and discover the history and culture of Greece!