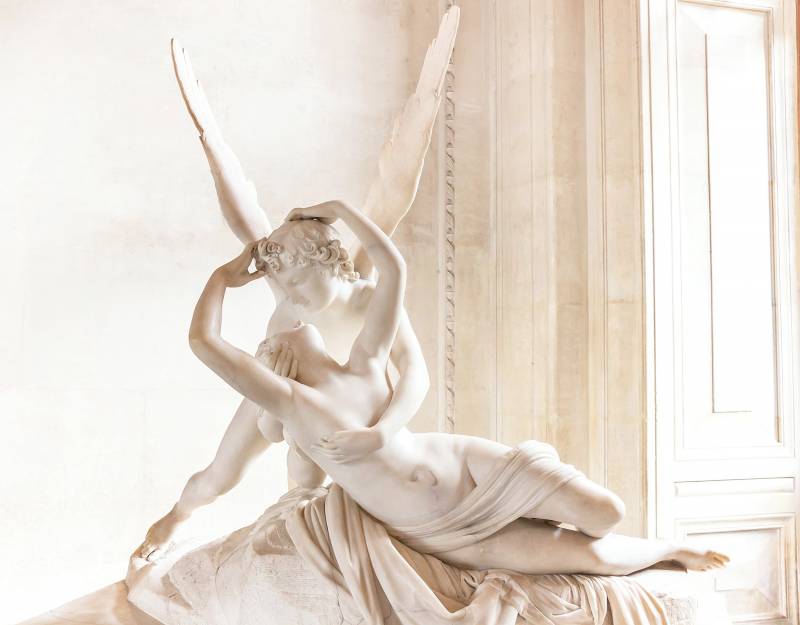 Ancient Greece is rich in intense love stories full of passion, drama and joy. The way Ancient Greeks experienced and understood love is depicted in the mythology and poetry of the time. Unrequited love, tales of eternal faith, divine fables, all have their place in Ancient Greek history. Before your next romantic trip to Greece, find out about 5 love stories that are sure to inspire your romantic getaway and make you appreciate the power of love in the land of god Eros and goddess Aphrodite.

Homer places Odysseus as the King of Ithaca in his epic poem Odyssey describing the return of the king to his land after the fall of Troy. Odysseus spent 20 years away from home fighting armies, protecting his soldiers, battling monsters and giants. He was ensnared by magical creatures and bargained with the gods only to return to his beloved Ithaca and his faithful wife. Penelope had been living in loneliness for 20 years patiently and faithfully waiting for her husband. The Queen of Ithaca was for long pressured by suitors and wooers who wanted Penelope as their wife but were also after the throne. The story ends with Odysseus returning to Ithaca reuniting with Penelope to live a long and happy life.

According to Ancient Greek mythology, Orpheus, a skilled musician and poet was in love with Eurydice. On the day of their wedding a viper stung the young woman and she passed away. Orpheus was inconsolable. He mourned for his lost wife but was dedicated to bringing her back to life. Orpheus traveled to the underworld to find her. Stopped by Hades, the god of the dead, he was asked to go back. At that moment, Orpheus started playing the most mournful and beautiful song on his harp. Hades, moved by the music agreed to let him take his wife on the condition that he will not look at her before they both reach the upper world. The couple started walking up and just moments before Eurydice stepped outside, Orpheus turned and looked at her, ovewhelmed with eager love. Eurydice was then gone forever. 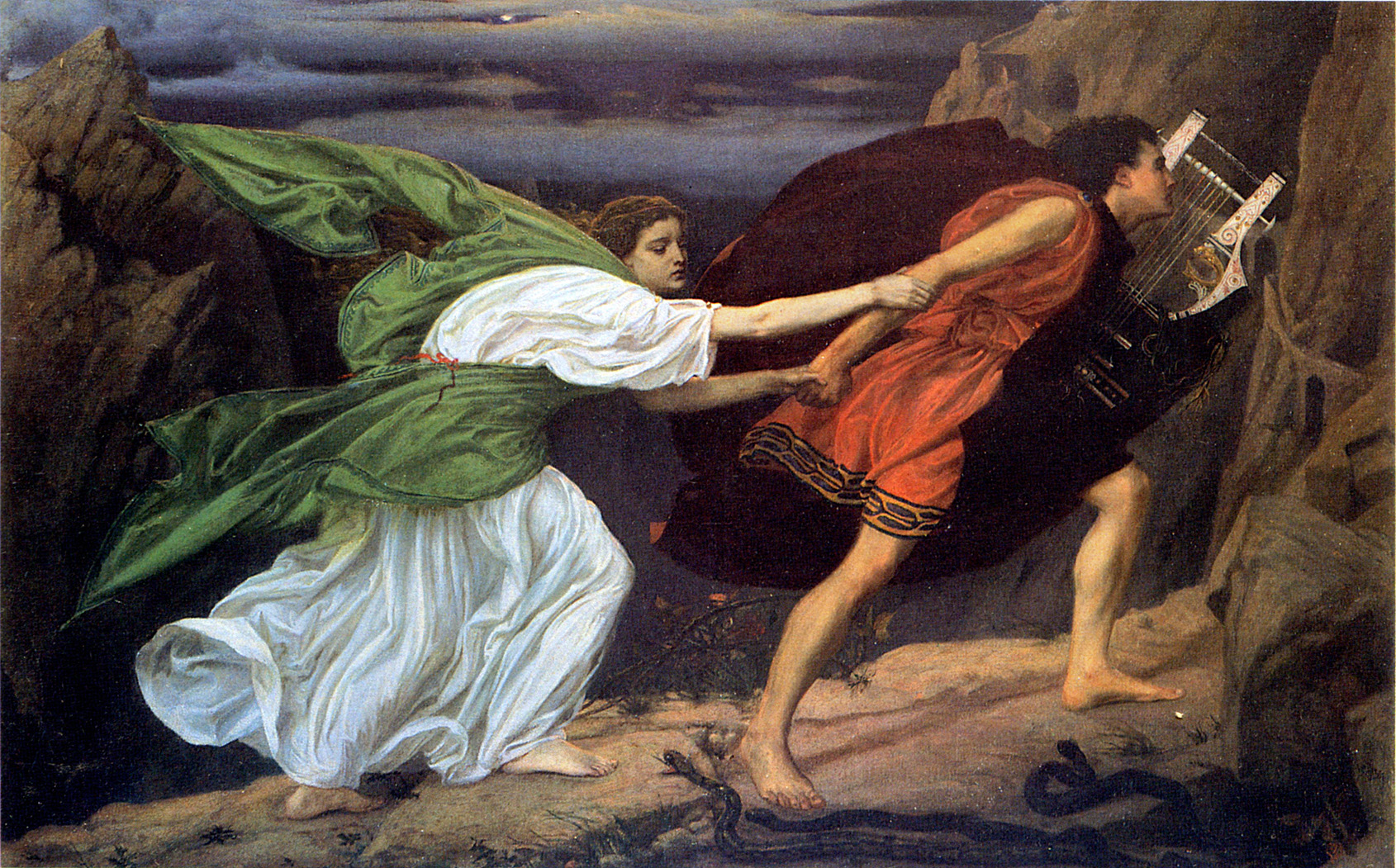 Sappho was an ancient Greek poet from the island of Lesbos. She was regarded the Tenth Muse due to her masterful lyrics. She was a prolific poet, composing many works in which love and desire prevail. In her beautiful poem ‘Ode to Aphrodite’ she calls for the goddess of love to help her with her unrequited love. Overcome by feelings of rejection, she asks the goddess to assist her in winning the love of the unnamed woman she has won her heart. Aphrodite promises to Sappho the unnamed woman will soon respond to her feelings, loving her back.

Perseus, the legendary founder of Mycenae, was one of the most honorable heroes of Ancient Greece. On his return from the land of the Gorgons, flying on his powerful winged horse, he saw Andromeda tied on a rock about to be devoured by the sea monster Cetus. The Greek hero saved Andromeda killing the beast. The two of them instantly fell in love and spent their lives together in marriage. According to Ancient Greek mythology, our galaxy is a result of the route that Perseus followed on his way to save beautiful Andromeda. 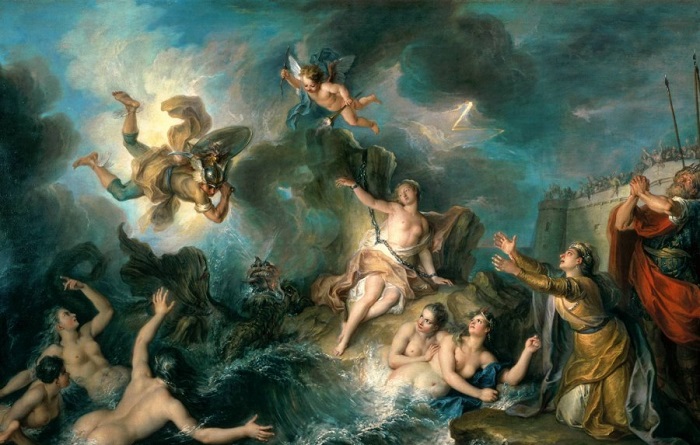 Are you feeling inspired to live such intense moments of absolute love? Greece is still the place to be for romantic vacation. Our villas in Santorini are the perfect choice when it comes to experiencing romance. You may not get monsters and mighty gods, but you will enjoy serenity, intimacy and luxury. Whether you’re traveling for your honeymoon in Greece or you’re celebrating your romantic anniversary vacation-style, we guarantee our couples villas in Santorini will be your personal paradise. 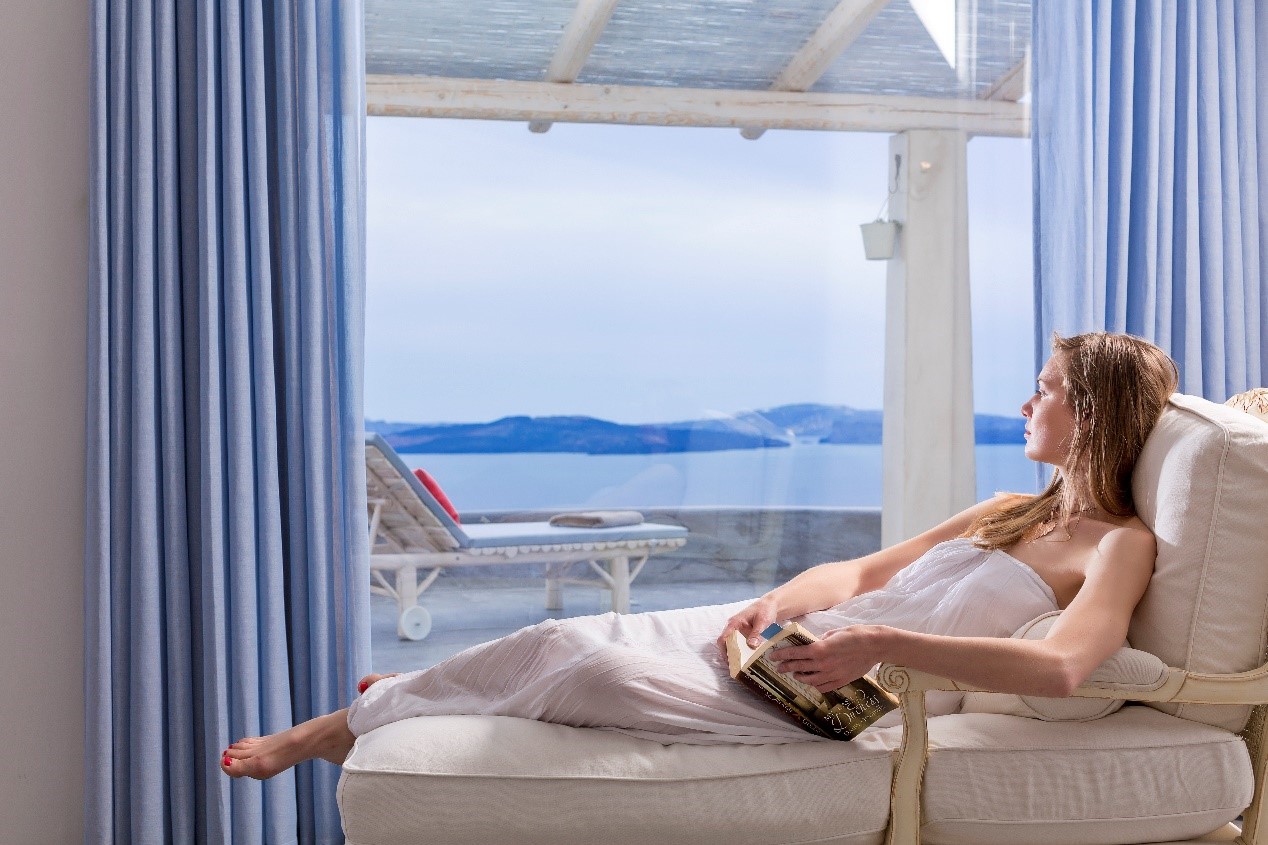 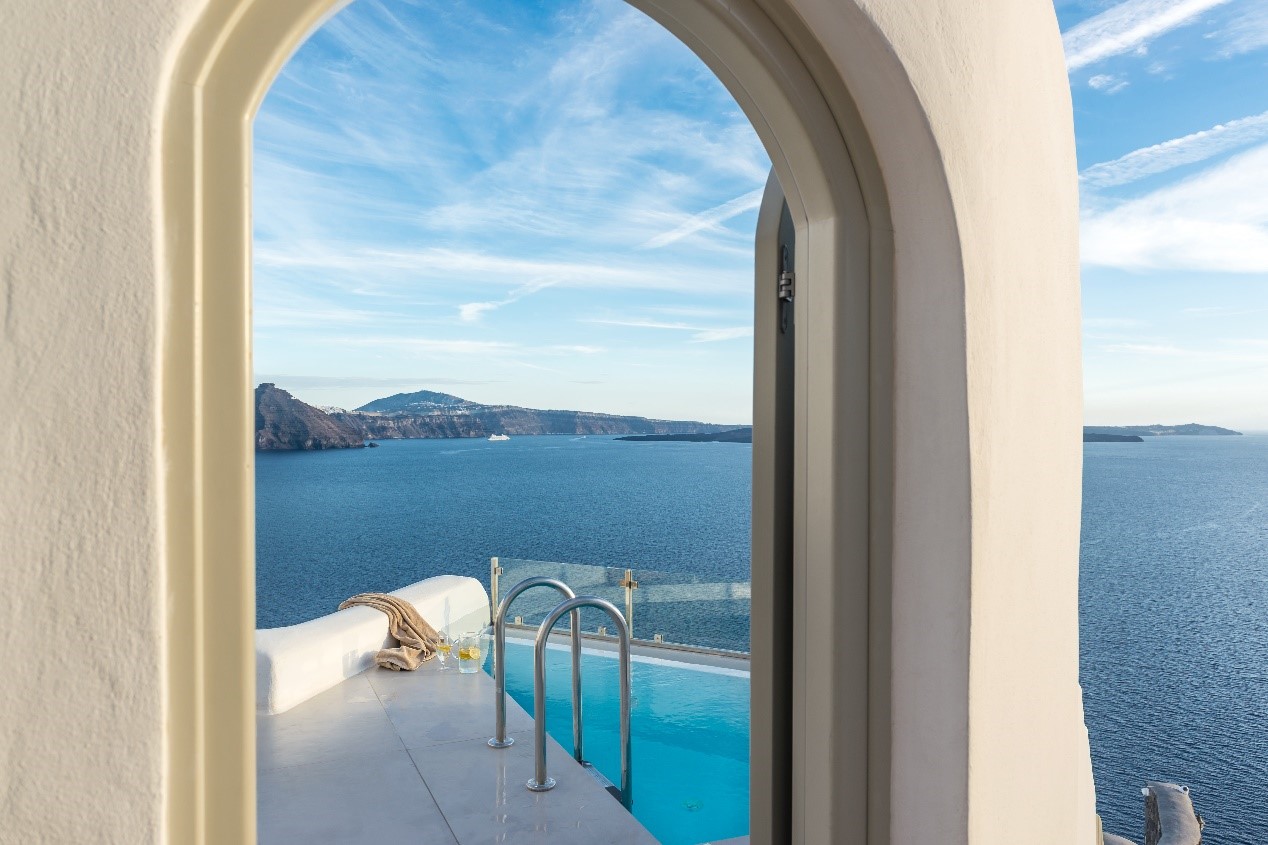 Contact us to find out more about our romantic villas in privileged locations. From villas in Santorini with private pool to luxury vacation rentals for 2, our villa consultants will find the perfect vacation home for you!