Santorini: An island with a heart of gold 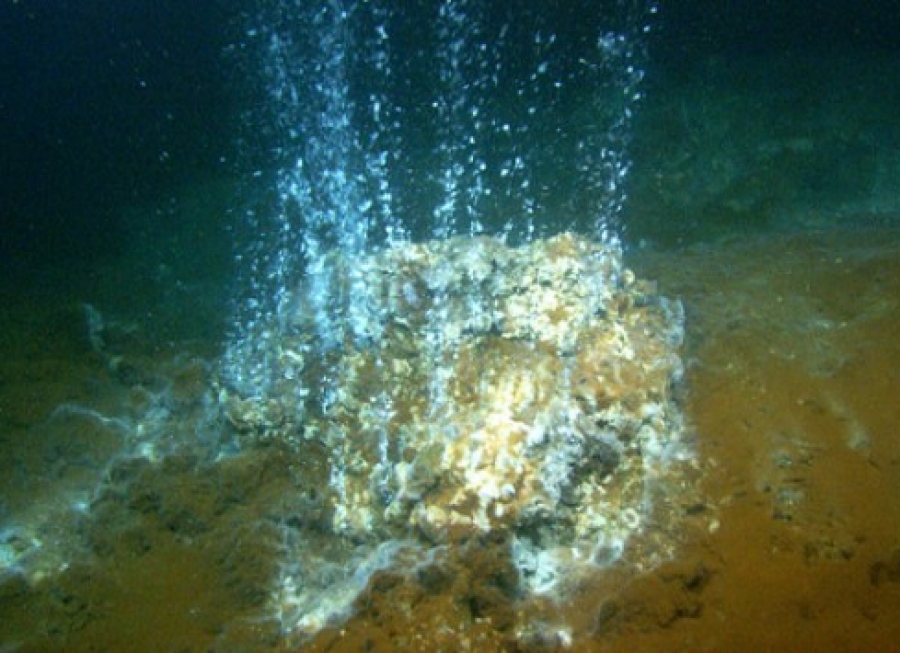 Santorini proves to be much more than a “golden” holiday destination with luxury villas and amazing views, as the myth surrounding its volcanos uncovers more and more secrets…

The story begins with a few Greek scientists from the University of Athens and the Hellenic Center for Marine Research (HCMR), who explored the Columbo volcano’s bottom at an underwater 500-meter depth and found that rare phenomena, never observed before in the world, have been taking place in the geothermal field of this submarine volcano, located north-east of the island of Santorini.

The results of their work were published on August 13 in the prestigious scientific journal Scientific Reports (Nature Publishing Group). They indicate that in the magma chamber of the submarine volcano that stretches 5 kilometers into the Earth’s crust, bio-geochemical processes of metal deposition have been taking place.

The discovery includes gold, antimony, thallium, silver, arsenic, mercury, zinc and carbon dioxide, at quantities that have never been recorded before, along with microorganisms that behave in an unusual way and seem to play a determinative role in the metals’ creation. The deepest point of the volcano is at 504 meters. There, at its bottom, which consists of solidified lava, there are cracks through which carbon dioxide is attracted at 99 percent, as well as some formations, which are called hydrothermal chimneys and consist of metals such as gold, antimony, silver and thallium.

Still looking for the perfect holiday destination? It’s time to go for gold and enjoy one of our Santorini luxury villas!