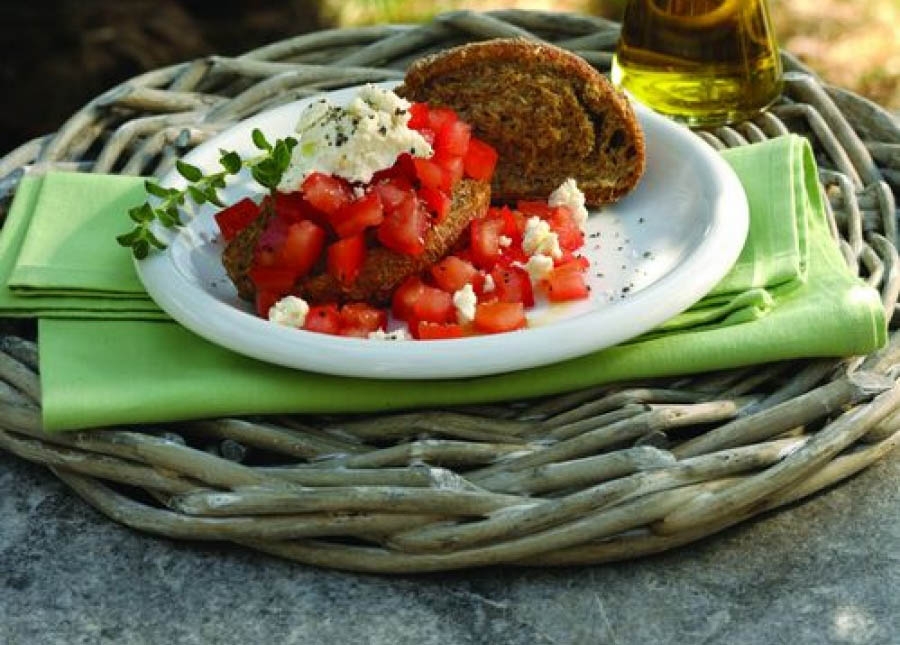 Even though kopanisti cheese is produced in almost all the Cycladic islands, the kopanisti of Mykonos is the most renowned. A soft, peppery and spicy cheese, it is highly appreciated for its distinctive flavor and creamy texture. Its color ranges from pale cream to sugar white.

The milk used for the production of kopanisti is either cow milk or a mixture of cow, sheep and goat milk. The mixture is then congealed and drained in the traditional process, taking several months to reach maturity. During that time, more milk or cheese is always added to the mixture for the fermentation to continue. kopanisti can be mixed with butter or any other white cheese, to give a milder flavor.

Kopanisti carries the Protected Denomination of Origin (PDO) label and is produced manually, as its industrial production is not permitted.

Closely connected to the island and its local customs, kopanisti is a must-try for your holiday in Mykonos. It is a great accompaniment to ouzo or raki, the well appreciated clear but oh-so-potent Greek spirits, and it compliments perfectly any bread or vegetable, fresh or cooked, giving it a savory “punch”.

It is very popular in a Myconian variation of “ntakos”, a traditional dish of barley rusk softened in water and olive oil, topped with finely chopped ripe tomatoes, crumbled kopalisti cheese, drizzled in more olive oil and sprinkled with a pinch of dried oregano. Mouthwatering simplicity.

Put the spiciness back in your life with a simple dish and so much more, at a Blue luxury villa on Mykonos!